The Myth of the 'Common Law' Marriage 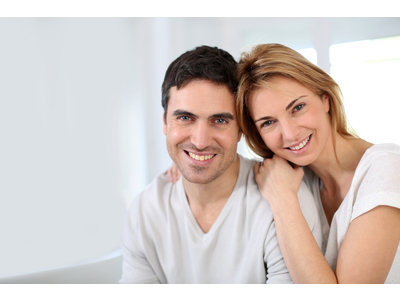 "But it’s a common law marriage" is a refrain that family lawyers are used to hearing. If you have been in a committed cohabiting relationship for a number of years and think that you are a "common-law spouse" than I am afraid that you are in for a shock. In fact English law has never recognised that by the simple act of living together two people can be regarded as being married.

Of course by "common-law spouse" what people mean is that they have some or all of the claims of a married person against the property and assets of their partner  should they separate. The truth is that, generally speaking, a person under English law has no claim against any assets or property of their partner unless owned in joint names. I lose count of the number of difficult conversations I have had with clients who, having lived with their partner of 10,20 years or more, have separated only to find that all the assets were in the partner's name. In those circumstances, apart from certain limited situations (if there are children or if they can establish a claim under trust law), they might have no claim against any property, savings, shares, pensions or other assets of the relationship whatsoever. They might even ,if the house is in the partner's sole name, find themselves with no right to occupy the house and be homeless.

What can be done? Well the obvious answer is to ensure that any assets are in joint names, particularly property. Another option is to ensure that savings are distributed between the partners evenly. A good example would be that if there are £10,000 of savings that each partner have a account in their sole name with £5000 in it.

Another option is to have a “cohabitation agreement". This is a document that sets out how the couple intend to distribute assets upon separation. It might establish, for example, that the couple intend a property in the sole name of one of them to be split equally upon separation. Such a statement of intent can be used in civil proceedings to try establish a claim against property. Unfortunately enforcing such agreements can be costly and can involve lengthy court proceedings. Each case turns on its individual facts and a court is not guaranteed to uphold the agreement. Such agreements cannot be used to claim a share of a partners pension

If there are children then the partner who has full-time care can make a court claim for financial provision to enable them to support and house them. This is often  only any help in cases where there is a lot of money available and even then any financial support will disappear on the child's 18th birthday, leaving the recipient in Cinderella-like poverty.

It is clear that what needs to happen is a change in the law to provide some protection for cohabiting couples. This would however inevitably bring into question the status of marriage as an institution and consequently the degree of protection that should be afforded to cohabitants is likely to be hotly debated. The law commission recently published a report suggesting reform  which was broadly welcomed. This is a politically sensitive area however and it remains to be seen if any future government has the political will to grasp the nettle.  Until then, if you want to be sure that upon separation you have the full range of claims as regards family property, the only advice can be "get married".